A man accused of murdering and raping a woman in Sliema is in quarantine so will not be in court as his case starts on Friday.

Abner Aquilina will follow by video link the compilation of evidence against him.

The 20-year-old from Zejtun denies attacking and killing 29-year-old Paulina Dembska at Independence Gardens in the early morning hours of January 2.

During his interrogation, the defendant told the police that he had heard voices of the devil on the night of the murder.

Investigators had to interrupt their questioning for psychiatric treatment and an evaluation.

Refresh the page for the latest updates

Ransley returns to the witness box

10:58 Detective Ransley is called back to the witness box. The magistrate asks him why he felt the need to inform the Homicide Squad before talking to Aquilina.

“We always do it when there is a suspicion,” he replies.

When asked why he went with a CID officer and not alone, Ransley said police always work in tandem.

“At the time I knew nothing of the call to St Julian’s station regarding the Balluta incident,” Ransley said. The murder call came later, he said.

Officers from St Julian’s Police Station had called him while he was at the scene of the homicide to tell him that earlier in the morning they had arrested a youth.

10:53 As Aquilina’s attorney disputes that the police failed to give his client his legal rights, the victim’s family attorney, Filletti, rises again to speak.

An investigation was ongoing into the Balluta church incident and the brutally murdered body. Police did not establish a connection between the two at first, Filletti said. But at one point they linked the episode of the toppled church pedestal to the brutal rape and murder.

So far, we have not heard when police suspicions arose. What was said between the police and the accused was audio-visually recorded. The body camera will eventually be on display so we know exactly what was said at the time and the body language too.

Flowers and cards at the scene of Paulina Dembska’s murder. Photo: Matthieu Mirabelli

10:50 a.m. Earlier it emerged that the interview with Abner was captured on a police body camera. The defense says this is likely to raise issues.

Ransley said they went to interview Abner. “Did he apply for a job at Enemalta?” Legal rights must be granted even when stopping someone for a breathalyzer test, argues Mifsud.

Rights of the suspect

10:44 am Defense attorney Mifsud refutes these arguments. He says the suspect’s legal rights come into play as soon as he is no longer spoken to “in friendly terms” but as a suspect.

He suggests that during an interrogation at the depot, an officer could offer the suspect a cigarette to put him at ease, inviting him to cooperate in order to benefit from a reduced sentence.

10:40 a.m. The victim’s lawyer, Filletti, intervenes. He maintains that at this point Aquilina was not a suspect. This issue arose in another murder case. Everything that the accused says at will is not automatically excluded if he has not been recognized in his rights.

The law speaks very specifically in this regard, he told the court. The law distinguishes between suspects, witnesses and people who provide information to the police. These legal rights mentioned by the defense relate to the suspects.

“Has Abner gotten his legal rights all this time? Otherwise, the inspector must immediately stop giving evidence. If not, I will make a constitutional reference to that effect,” he says.

“We were just talking to him without questioning him at this point,” Ransley replies. The inspector is asked to leave until the legal issue is resolved by the lawyers.

I didn’t want to hurt her “so much”

She was wearing a balaclava of a certain brand that matched the one found on the spot.

The police found two balaclavas. One black near the victim and the other found on the boardwalk. Ransley told him “you forgot your black hat behind”.

“No, forget it. It wasn’t my balaclava but his,” Aquilina replied, referring to the balaclava found near the victim’s body.

The devil told him to “do something”

10:32 Abner told police the devil told him to do something. He followed a woman to church. But she walked.

He started following her from an underground parking lot on Bay Street. “I felt it,” he told officers. She was plump, petite and wore a white jacket, he told them.

10:31 a.m. Aqulina was taken to a health clinic for psychiatric treatment and care. Detective Wayne Camilleri went to talk to the youngster. Ransley ordered him not to mention the murder at all

10:29 The magistrate on duty was informed and the identity of the victim was confirmed as Paulina Dembska. She was declared dead by a doctor.

A sergeant from St Julian’s Police Station told Ransley that earlier in the morning they had arrested a youth at Balluta Church. It was Abner Aquilina.

He kicked the pedestal and caused a commotion. He was in a very agitated state and said things that made no sense.

A man alerted the police

10:28 A male diplomat walking along the promenade had spotted the woman and alerted the police.

10:26 Inspector Ransley is sworn in. He says that on January 2, the police received an early morning call about the victim’s lifeless body. A police officer attended at Independence Gardens in Sliema.

A woman’s body was bare from the chest down, her face covered with a scarf, and there was human hair, probably her own, stuck to a railing.

10:23 An officer from the Corradino Correctional Institution presents a medical certificate confirming his quarantine. 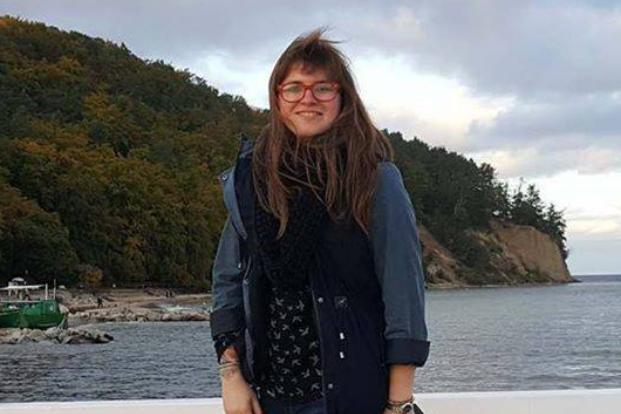 Paulina Dembska’s family is not present

10:21 a.m. Paulina Dembska’s family wished to attend but decided not to after being informed that today’s session would not be long.

10:18 a.m. Magistrate Marse-Ann Farrugia, who is presiding over the tabulation of evidence, asks Aquilina if he can hear her. He nods, yes.

The defense lawyers are Mario Mifsud and Christian Camilleri. The lawyer for the civil party of the family of Paulina Dembska is Stefano Filletti.

The accused follows by video link

10:16 a.m. The screen has just been turned on and we see a room in Mount Carmel, where Aquilina is being held on remand.

He appears, wearing a blue and turquoise tracksuit and a gray mask. A male officer sits behind him in a dark uniform.

Independent journalism costs money. Support Times of Malta for the price of a coffee.