Edward F. Regenhardt built the combined fire and police headquarters for Cape Girardeau in 1909 at the northwest corner of Independence and Frederick streets. Today it houses the newly renovated River Heritage Museum.

In June, curator Charlotte Slinkard and her husband, Bill, were kind enough to give me an exclusive tour of the building. The tour was thorough – upstairs and downstairs, addition after addition.

I shopped around, thinking I might find evidence of the layout of the building’s interior when it opened on June 9, 1909, particularly the layout of the second floor prison. But, aside from a fire hydrant that once allowed firefighters to quickly descend from the second-floor dorms to the first floor, the only remnant I could see of the original building was a seedy cell in the basement. Newspaper clippings often refer to a “drunken tank” in the basement. They also mention that one of the leaders kept a diary of those housed in the basement cell, either sleeping after binge eating or providing brief shelter for the homeless. 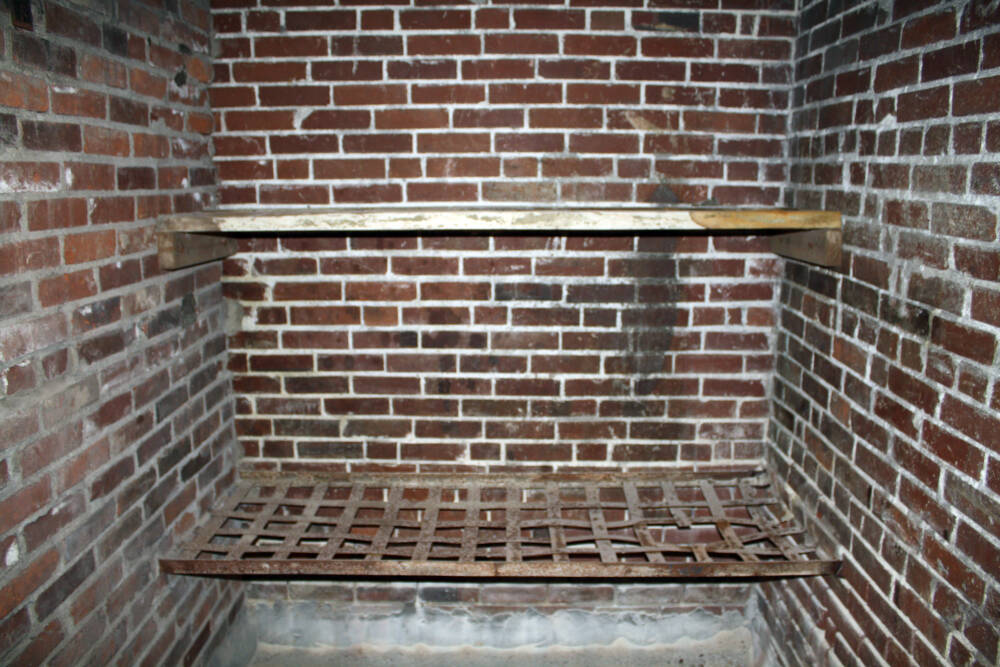 What sparked my interest in the museum was my research into escapes from the city jail from its opening in 1909 until the pokey was moved in 1959 to the former Grace Methodist Church, a block away. of houses.

Here are the escapes I found in the Southeast Missourian archives:

September 16, 1910: Two prisoners managed to fight their way to freedom overnight. One of them, a federal prisoner, escaped despite his wooden leg.

April 15, 1921: Ralph Brashear, who was being held in connection with the murder of police officer Willis Martin and for a number of thefts, escaped at 3:20 a.m. by sawing off the bolt holding the bottom hinge of the door leading to the cage, operating the bolt with his fingers, pushing the door from below and squeezing through the opening. He then walked to the front window in the southeast corner of the main hallway, where he sawed through two of the bars above the window. He folded them back and climbed through them, using a blanket as a rope to slide down to the floor. (It was revived in July 1921.)

September 20, 1925: A burglary suspect was released from an unlocked jail cell.

January 2, 1926: A 21-year-old man, arrested the same day for forged checks, escaped during the night. Taking advantage of the freedoms granted to “loyal” prisoners, the man opened a door to the “bullpen” before being locked in his cell for the night. He went down the stairs and escaped through the side door of the prison. (He was captured days later in Cairo, Illinois.)

February 22, 1926: Frank Casey escaped by digging a hole in the brick wall on the south side of the building, under a second-story window. He jumped onto the pediment above the main entrance and from there onto the ground. (He was captured at Poplar Bluff, Missouri, in August 1926.)

October 31, 1926: A smuggler from Belleville, Illinois, who was serving time in the city jail for transporting whiskey. When his escape was discovered the following morning, the locks on his cell and “bullpen” doors were intact. There was no evidence that he had escaped through the bars above the second-story window or fought his way through the brick wall.

June 23, 1929: One of the three people detained in connection with the shooting of police officer Robert Wilson in Cape Girardeau a week earlier escaped in the evening. Immediately after the discovery of the escape, a detachment consisting of all city police and county officers, led by Chief of Police H. F. Wickham and Sheriff Nat M. Snider, scoured the town and countryside surrounding in vain.

October 15, 1930: A 25-year-old, four-time convicted thief made a daring escape, sawing through two bars above a second-floor prison cell window and gliding to freedom by means of an improvised rope made from blankets . Despite an intense manhunt throughout southeastern Missouri, he was not caught.

January 29, 1932: An hour after sawing two bars above a second story window and escaping, police captured the 30-year-old fugitive and brought him back to jail. He was escaping in a taxi, when he was picked up on South Sprigg Street by patrolman Morris Huckstep outside the Blue Hole Garden barbecue stand.

Of all these escapes, the one I find most interesting is that of Frank Casey in 1926. According to later newspaper reports, Casey’s fame was for being the first man to establish a roadhouse in Cape Girardeau County . It was located on “the Bend Road” north of Cape Girardeau. Like most Prohibition-era truck stops, Casey’s didn’t have a good reputation.

CASEY TUNNELS THROUGH THE WALL AND Escape THE JAIL
* * *
The owner of Roadhouse, detained on state warrant for theft, flees during the night; drills a hole in the south side of the building

Cutting a hole (measuring 18 inches, according to the Cape County Post. – Sharon) in the wall of the city jail here late Sunday evening or early this morning, Frank Casey, the only prisoner in the Bastille, escaped through the opening. Cape Girardeau police had no information as of this afternoon on the whereabouts of the escaped man.

Casey, charged with various offenses including theft, was arrested on a state warrant on Saturday and held in the Cape Girardeau City Jail pending action by state authorities.

The prisoner, who owns a roadhouse on Bend Road, according to police headquarters officials, had been left alone in the bullpen, he was the only person detained at the time.

Police Captain HF Wickham, who is in charge of the station at night, left headquarters around midnight to have lunch at a nearby restaurant and drive through town to see that no unusual problems were occurring. When he returned, having been gone less than an hour, he learned that Casey had won his freedom.

Casey had removed four layers of brick from the heavy wall beneath a second-story window of the building facing Independence Street, made an opening wide enough for his body to fit through, and crawled out. From the stone above the building’s main entrance, he probably jumped down. We don’t know what kind of tool he had to work with. 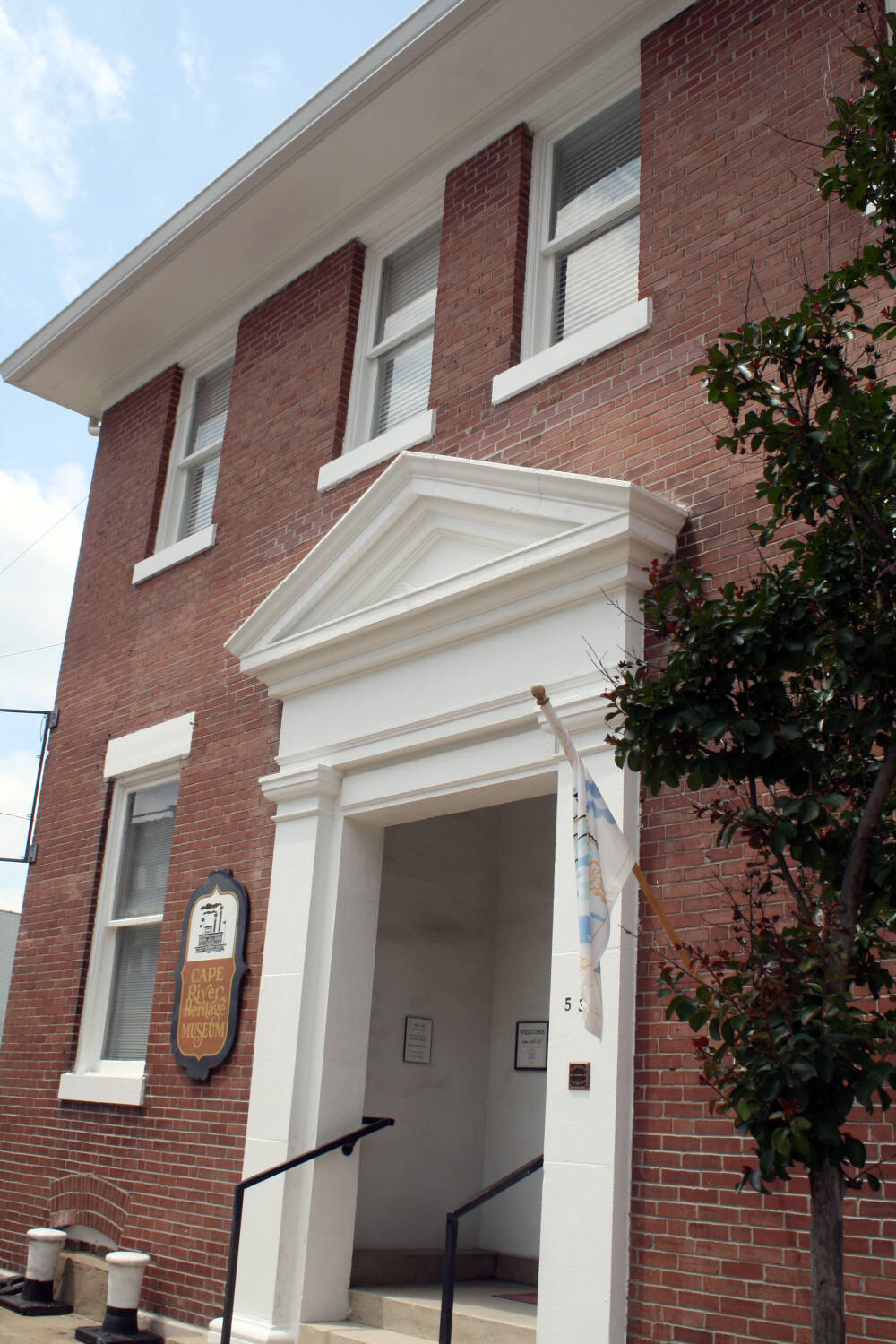 Frank Casey made a powerful leap from the top of the pediment over the entrance doors of police and fire headquarters to the sidewalk below in 1926, escaping. (Sharon Sanders ~ Southeast Missouri)

It wasn’t the Illinois native’s first brush with the law. In 1922, at the age of 33, Casey, then a resident of Anna, Illinois, was fined $200 and served 90 days in the Vermillion County Jail in Danville, Illinois by Federal Judge George W. English, after pleading guilty to unlawful possession. and the sale of alcohol. In an interesting detail, Casey asked English if he could serve his sentence in the Cairo, Illinois prison, which would have been closer to his family. However, the English refused saying, “I will not send a man to Cairo prison because I do not consider it an institution suitable for human habitation. Prisoners sentenced to longer terms in this prison often catch malaria and otherwise fall ill and then ask for clemency are made because of this ill health I will not be complicit in the inhumanity of locking up a prisoner in an unsanitary place.

On August 18, 1926, the fugitive was arrested at Ash Hill near Poplar Bluff, Missouri, on charges of jailbreak (from Cape Girardeau), burglary, theft and safe-blowing, the charges additional stemming from burglaries of the Missouri River and Good Land Station (Missouri); Frisco Railroad Station in Festus, Missouri; the Missouri Pacific station in Pevely, Missouri, and three “oil filling stations” in Festus. These arrests took place after the testimonies of several accomplices.

This good behavior apparently did not follow Casey on the outside, as he was again arrested during a raid on a truck stop near Benton, Missouri, in March 1928. This time he was charged with being one of three bandits who robbed the Bank of Qulin, Missouri. However, these charges were dropped in May by the prosecutor for lack of evidence.

In August of that year, Casey was again arrested in Poplar Bluff, along with another man and a woman, for violating federal narcotics laws. It was alleged that they operated a drug ring, selling cocaine and morphine from a room at the Marion Hotel. Casey pleaded guilty again in federal court in Cape Girardeau to selling narcotics. He was sentenced to four years and six months in Leavenworth Penitentiary. 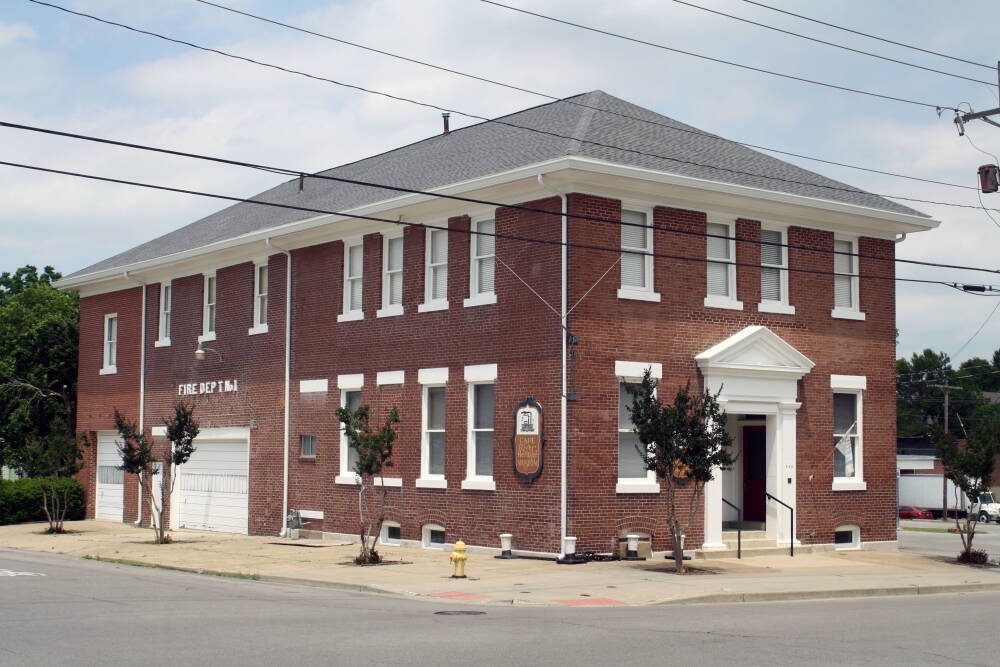 Casey’s name resurfaced in southeastern Missouri on January 3, 1933, when a savage shooting occurred at a second-floor apartment at 105a Water St. Cape Girardeau police shot and killed two burglars suspected in the apartment belonging to Casey. The latter was arrested, unharmed, at the same time as a man named Edward McBee. McBee, probably in an effort to alleviate his own charges, named Casey as a member of the yegg gang that operated in Illinois and Missouri. Casey’s trial was moved from New Madrid, Missouri to a location change to Caruthersville, Missouri. He was charged with burglary and theft in connection with the burglary of the Frisco Inn, a cafe or truck stop near Morehouse, Missouri. In April 1933, he was sentenced to five years in prison.

However, by April 1936 he was back at Cape Girardeau and again in trouble. On the night of April 29, 1936, Casey, brothers Clarence “Rusty” Benson and Ruel “Happy” Benson, and sisters Evelyn Jackson and Edna Parker were arrested for theft. Southeast Missourian described the crime: “Three men and two women were in jail today, facing robbery charges, following an investigation into a heist reported Wednesday night on South Main Street of Henly K. Gentry, 47, of St. Paul, Minnesota, a man with only one leg Gentry was on crutches when two men grabbed him, threw him on his back and searched him his pockets, he told the police… He was robbed of $17 and a pocket watch….”

Once again Casey pleaded guilty and was sentenced in May 1936 to five years in prison.

Frank Casey died on March 10, 1939, at Missouri State Prison in Jefferson City of pulmonary tuberculosis at the age of 49. The body was brought back to Cape Girardeau, where it rests in an unmarked grave in Fairmount Cemetery.