An article in the Southeast Missourian on the day of the prom explained that, in an effort to recognize African American girls in the school, the club had decided to crown a queen at its annual party. Any senior girl – white or black – who was a member of the club was eligible to compete for the crown.

Alice Sides was crowned queen that night. His escort was Wilfred Colon.

Here’s Missourian’s coverage of the event.

With the theme “To Be Young, Gifted and Black,” one of the girls above will be crowned tonight as Central’s first Afro Queen. Standing, left, are Tiny Rayford and Betty Johnson. Seated left to right are Ceretha Jackson, Alice Sides, Connie Bedell and Diane Johnson. Not shown Paula Irby and Carol Jenkins. The doors open tonight at 8 p.m. and the dance will be to the tunes of “Salt and Pepper”. (Southeastern Missouri Archive)

The Afro Queen’s purpose was described by club president Alice Sides, who explained that “the black girls at Central felt there was no other way for them to be recognized at Central” . Following this slaughter, the club members decided to sponsor a queen coronation at their annual party and turn the party into an all-school dance that all Centralites could attend.

All that is required to be a candidate for queen is to be a senior girl in the Afro Club. Miss Sides noted that this allowed a white girl to compete for the title. Miss Sides said there were no white people in the club at the deadline for the Queen’s deposition but felt some would join late to vote for the Queen.

After conceiving the idea of ​​a queen, the club won Mr Sifford’s approval. A spokesperson for the group noted that student interest in the prom, particularly among whites, had reached a momentum where it was asked to let the whole school vote to choose the queen. However, administration officials decided to let the power to choose the Queen remain exclusively within the club.

To satisfy the great student interest, club members voted to cut their dues by a penny to boost club membership and thus allow more Centralites to vote. It was noted by members of the club that membership blossomed at the Wednesday meeting where the final vote for the Queen took place.

Miss Sides commented that ‘all the students seem to have liked the idea very well and we encountered no hostility’. Miss Sides also believes that Black involvement in Central has been stimulated by the dance and claims that it has helped Blacks make valuable contacts with Whites…

Tonight’s prom begins at 8:00 p.m. at Central Gymnasium. It will center around the theme “To Be Young, Gifted and Black”, a song title from Nina Simone’s album Black Gold. Music will be provided by the Salt and Pepper, and admission is $1.50 per couple and $1 per person.

Theresa Johnson, vice-president of the club, urges all Centralites to attend and says the evening is “a fitting culmination to a week in which black students have shown their creativity in making dance a success”. 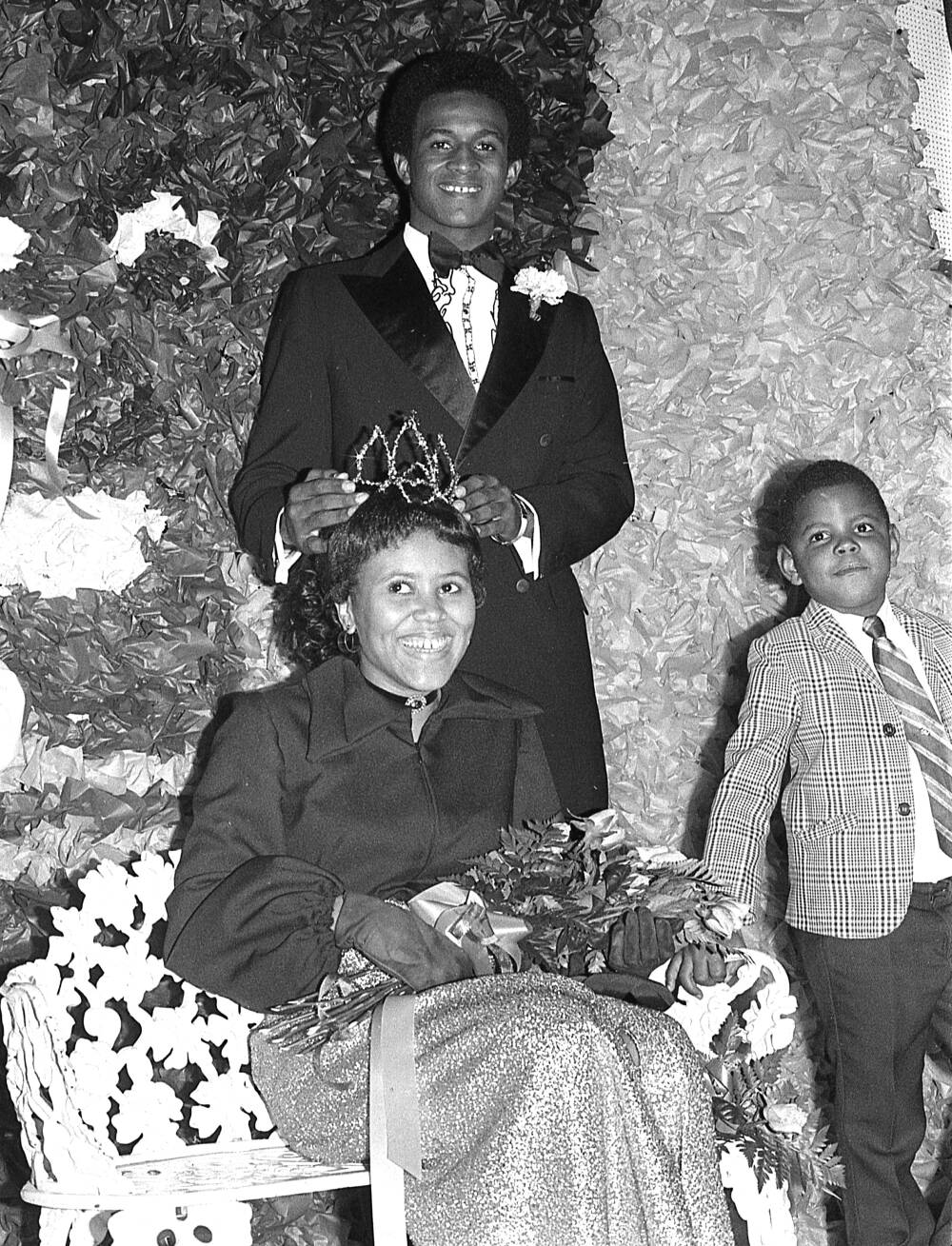 Smiling beamingly as she is crowned, Central’s first Afro Queen is Alice Sides. Placing the crown on his head is Wilfred Colon and to the right is the crown bearer, Brian Sides, son of Mrs. Phyllis Sides, 919 N. Frederick St. Recognized as the first special fool was Connie Bedel, and tied for the second special housekeeper was Tiny Rayford and Betty Johnson. (Southeastern Missouri Archive)

Below are a number of photos taken by a Missouri photographer but not published in the newspaper. 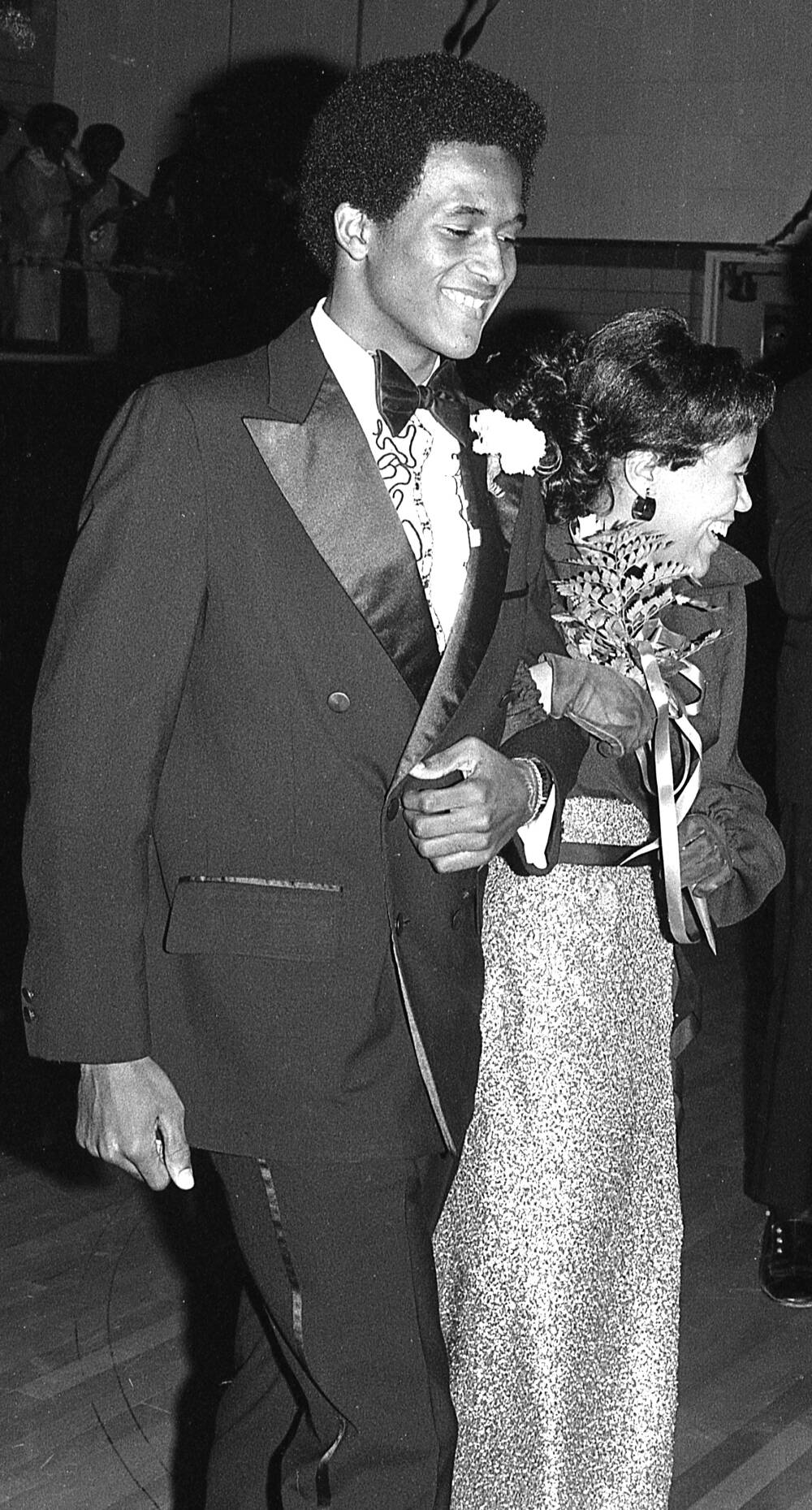 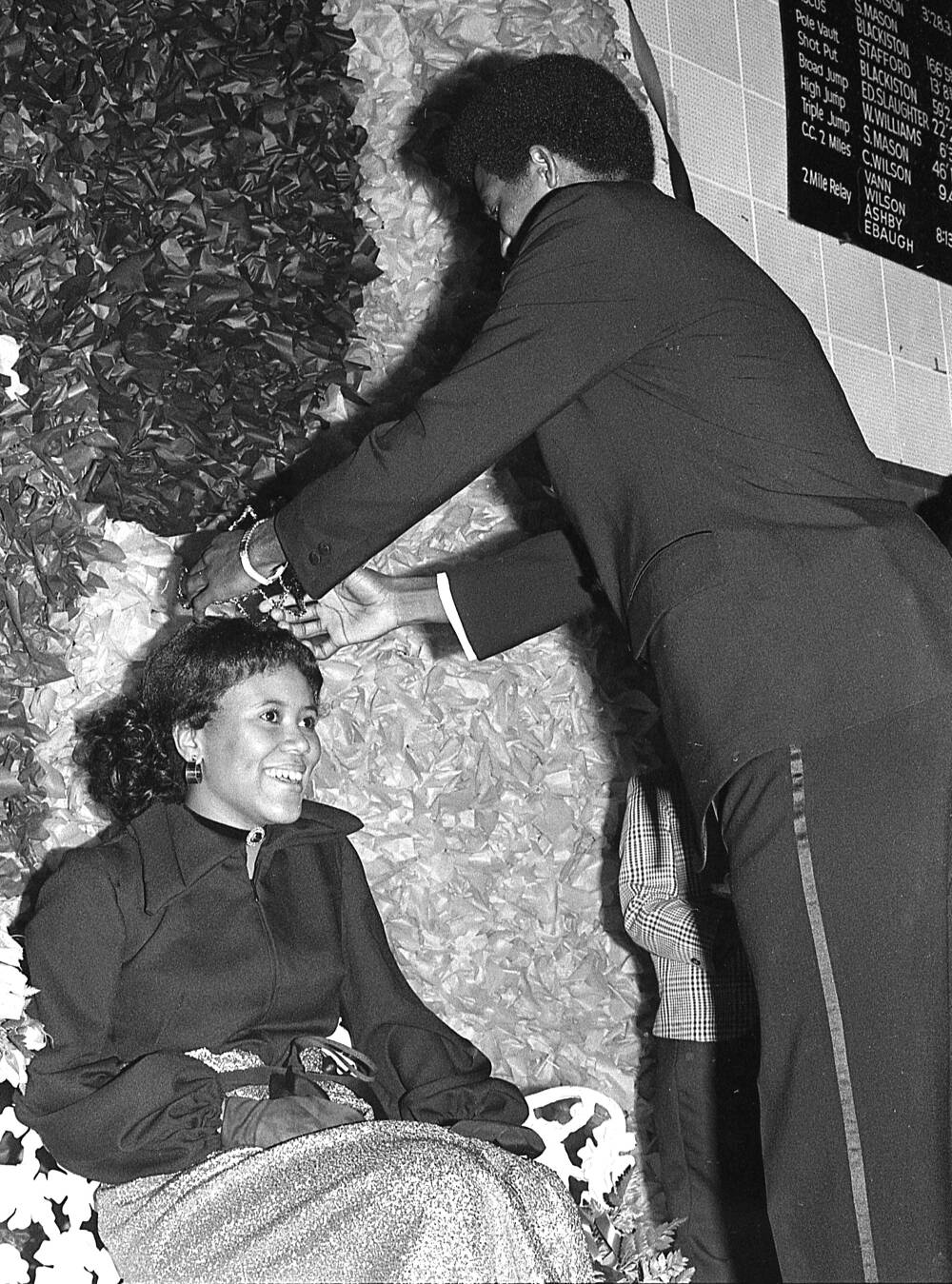 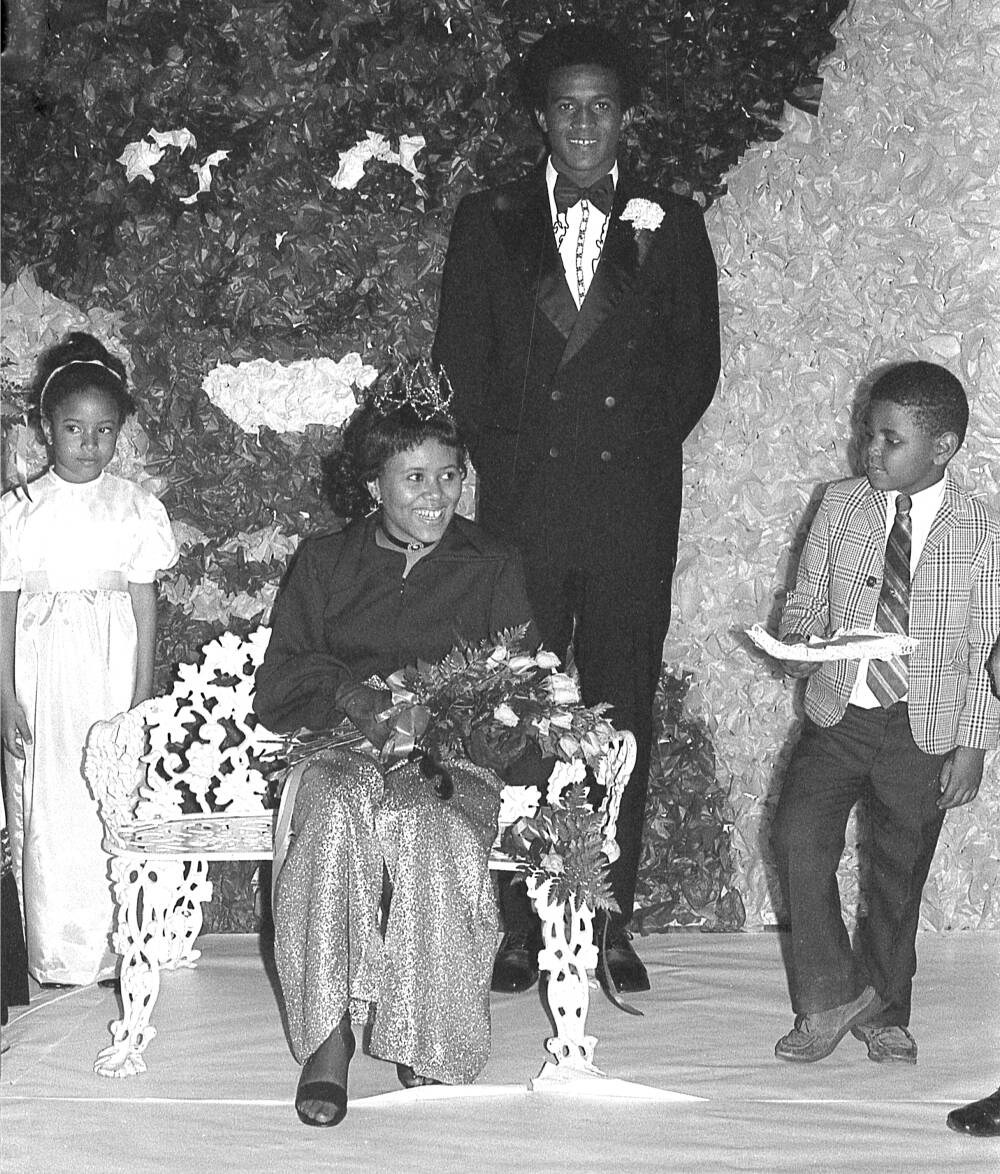 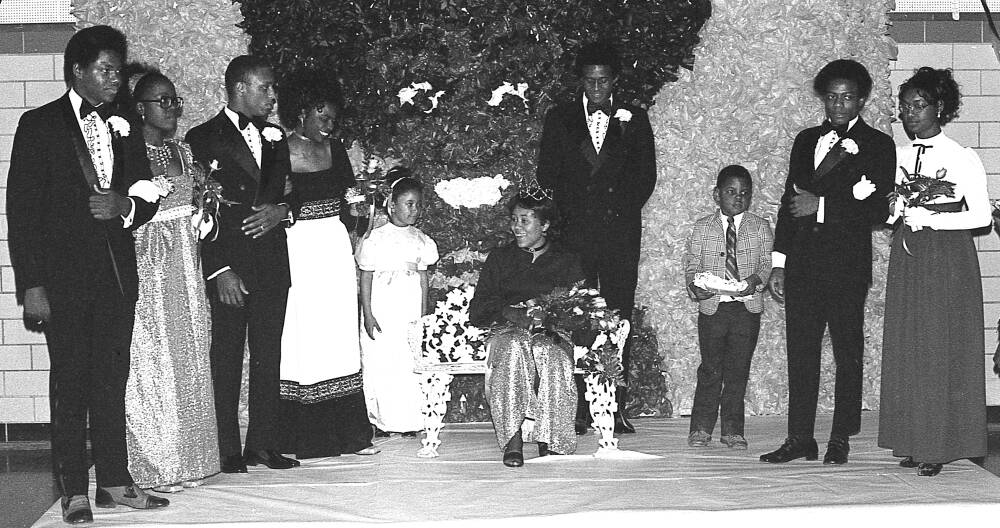